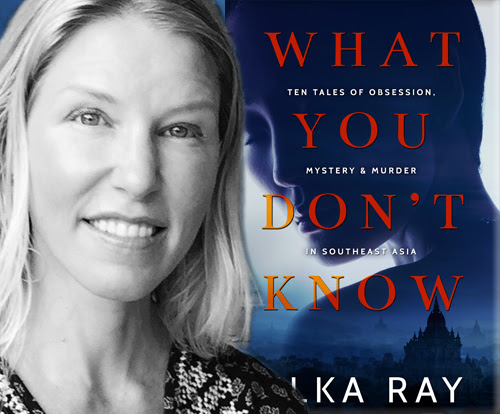 Today we have the pleasure of meeting up with author Elka Ray to talk about What You Don’t Know: Ten tales of obsession, mystery and murder in Southeast Asia (25 July 2016, Hoffman Press, 103 pages), a collection of Crime & Suspense Short Stories.

“Elka Ray draws the reader in from the first sentence, using her beautifully succinct style to weave thought-provoking tales full of mystery and intrigue. Having lived in Southeast Asia as an expat, I found the characters unique and relatable. She manages to be entertaining, funny AND dark, the perfect combination for a highly entertaining read. I can’t wait for more!” ~ Dorothy, Amazon reviewer

“What an enjoyable read! Her stories and characters are well developed, which is surprising given how short they are. Each has a twist that surprised me and left me exclaiming “no way!”. Well done Ms Ray, when can we expect more?” ~ Cory, Amazon reviewer

A very warm welcome to Elka Ray; thank you for joining us on BooksChatter!

What was the inspiration for What You Don’t Know?

“About six years back I was living in Ho Chi Minh City, in Vietnam, and had run out of books to read. At that time I read and wrote literary fiction and mysteries. I didn’t read or write ghost stories or anything smacking of horror.

Desperate for something – anything! – to read I found a moldy, tattered copy of Andrew Pyper’s creepy novel “Lost Girls” in my local gym. His setting was so vivid and the atmosphere so ominous that it stayed with me, inspiring my first ghost story: “The Yellow River”, about a young Vietnamese soldier who goes mad in a haunted forest. I began to read and write psychological suspense – stories about why ordinary people do bad things.

How much of yourself is reflected in this book, and how?

“As the title suggests, all ten stories in this collection are set in Southeast Asia, where I’ve spent the last twenty years working as a magazine editor, travel writer and author. None of these stories are “true” but they were all sparked by places and people I’ve encountered over the years. In my daily life, I focus on the beauty that surrounds me but that doesn’t mean I don’t feel the dark undercurrents. I’ve always been intrigued by why people behave the way they do, especially when their actions seem irrational.” 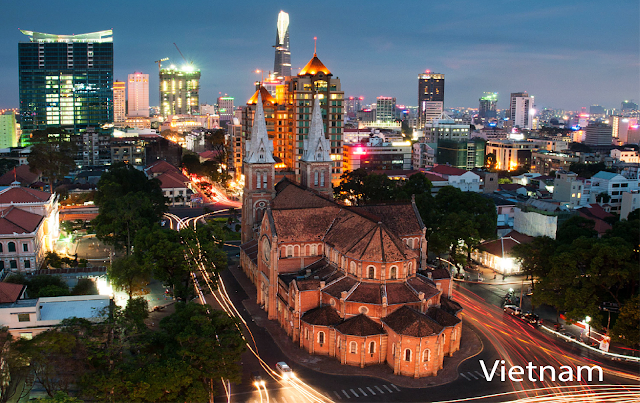 The first thing that draws me to a book is its cover. Can you tell us about your cover for What You Don’t Know – why you chose that concept and who the artist is.

“Designed by Milo from Deranged Doctor Design, the cover shows a woman’s face and the temples of Bagan in Myanmar, half hidden by darkness and mist. 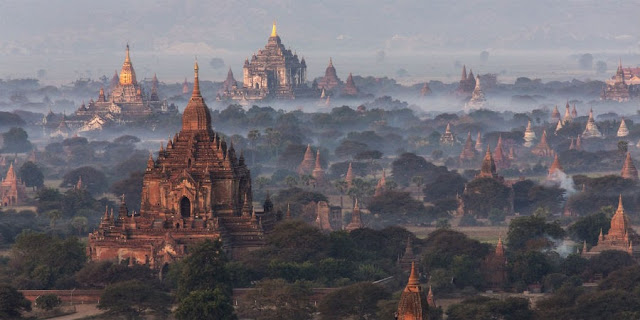 Milo did a fantastic job of capturing the book’s sense of dark mystery and its exotic locale – while ensuring that it didn’t feel gory or sleazy.”

Why should we read What You Don’t Know and what sets it apart from the rest? What makes your book unique?

“These days, we’re all busy. Our attention is pulled in every direction. Short stories are – obviously! – short, making them easy to fit in. But a good short story can pack a big punch, leaving you with plenty to think about.

As well as being intriguing and spooky, the stories in What You Don’t Know: Ten Tales of Obsession, Mystery & Murder are darkly funny with surprising twists. If you’ve traveled in Asia – or would like to – the characters and settings are authentic. You can peek into some dark corners of tropical paradise.”

Can you tell us something quirky about What You Don’t Know, its story and characters?

“One of the stories in the collection, “Payback”, was included in the anthology, “Asia’s Best Crime Fiction 2013”. I got the idea during a four-day visit to Bangkok. Each morning, I’d read a local newspaper. Every day, I’d find a new very brief back-page news story about the death of a foreign tourist in some famous beach resort. People die everywhere – I get it. What struck me was the incongruity – tourists ODing or drowning or getting drunk and slipping in the shower in places we view as idyllic.” 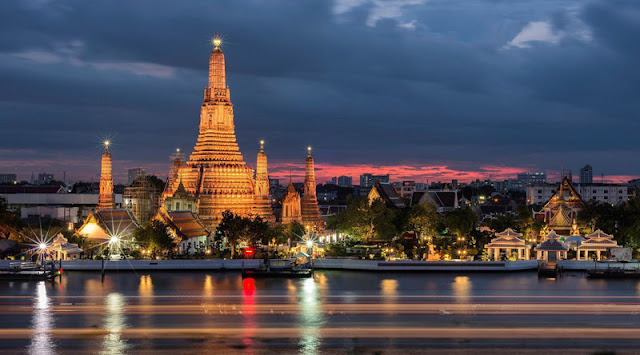 Who would you recommend What You Don’t Know to and what should readers be aware of (any warnings or disclaimers)?

“While there’s no graphic violence, the stories are dark and contain some adult language and sexual references. I’d rate this book age 15+.”

What is in store next?

“I have a thriller, “Saigon Dark”, that came out with CrimeWave Press this November. The story follows a grief-stricken young mother who’s forced to make a terrible decision, then lives in fear of being found out. Ten years on, she’s starting to let down her guard when she realizes someone knows. If she can’t learn who, her family will be torn apart.”

And as a final quirky thing, to get to know you a little bit better… do you have a pet or something that is special to you that you could share with us?

“Some years back, my family got a “miniature” black and white Vietnamese potbellied pig named Coco, who soon grew to weigh 100kg. It was like living with a mammoth. She’d nap on the sofa and sleep on the spare bed, then get really ornery when guests came to stay. Not only was she massive but she ate everything in sight – and I mean everything, including the walls. Houseplants, toys, shoes… My kids would go to school and say: “The pig ate our homework. Again.” Our yard soon resembled the battlefields of Verdun. As fast as Coco dug trenches, we built an ever-expanding series of fences. She could jump over all of them.

If you’ve never seen a pig jump you wouldn’t believe it was possible. She was short and fat but could jump like a show-pony. Her strength was incredible.

Sadly, she died. While she caused a lot of trouble, we were devastated. As well as being stubborn, greedy and cantankerous, Coco was smart, cuddly and hilarious. She was incredibly clean too. Pigs don’t sweat. If only kids were that easy to toilet-train. 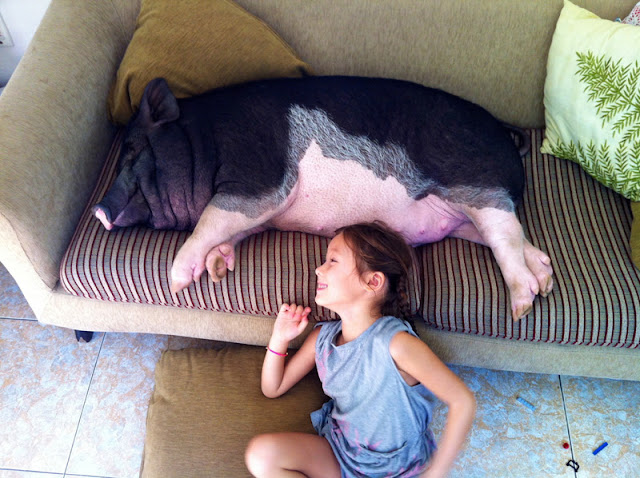 We were pet-free for a while until a tiny black and white kitten appeared in our yard. She was about a week old with just-opened eyes. She measured less than a pencil. We – okay, mostly I – had to get up every four hours to feed her with a syringe. Now six months old, Cookie is healthy, affectionate and cross-eyed. I’ve had enough cats to know she’s not playing with a full deck, which might explain why the mom cat dumped her on us. My kids, who named Cookie, often call her Coco by mistake. I like to think she’s the pig reincarnated in a more manageable form.” 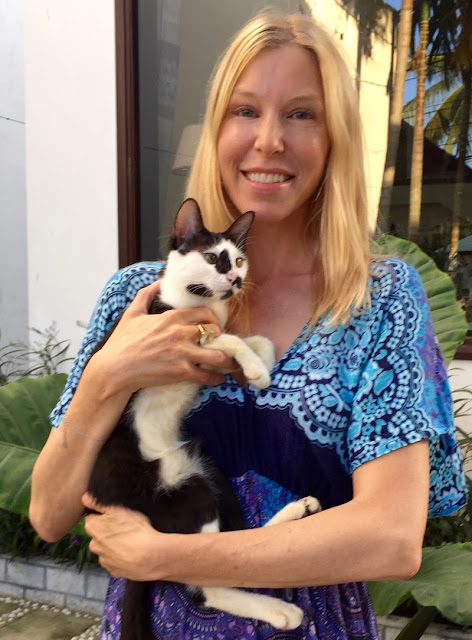 So beautiful, both of them! Thank you so much for telling us about Coco and sharing that fantastic picture of her with us – it definitely made me smile 🙂 And of course the lovely Cookie (BTW I think most cats don’t play with a full deck… she’ll be absolutely fine 😉 )

Hello Cookie, you gorgeous kitten! Lots of belly rubs to you 🙂

Thank you again for being with us, Elka. It’s been a real pleasure 😀

Reposted from Book Chatter
Back To Top